The Best Choice For The Toughest Applications

Established in 1953 and having over 57 patents, Red Valve is a manufacturer and leader in valve flow technology and mixing systems. Red Valve is based out of Pittsburgh, PA and now boasts a newly upgraded North Carolina production factory.

Starting out in the mining industry, Red Valve solved valve issues using an elastomeric pinch design and worked to create improved products including flexible duck-bill check valves. These check valves open in proportion to system flow and pressure and won’t ingress contaminants when the system is not running. Mixing water in storage tanks using the pump pressure is an advantage compared to competitors who must bring in electrical power. 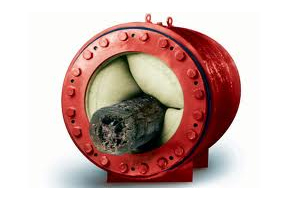 R.M. Headlee carries the Red Valve joints, valves, and sensors you need.
Click our Request a Quote button below to get started today!

No two process applications are alike, which is why our technical experts collaborate with you to provide the right technology to deliver reliable results for your site’s unique challenges.